Business Attire, Etiquette May 31, 2016
Executive Presence is one of those terms mentioned often that can be tricky to define; people assume you know it when you see it yet can’t state exactly what it is or list its defining characteristics. Other myths surrounding executive presence are that’s it inborn, instinctive, and can’t be learned or acquired.
The truth is that executive presence, gravitas, charisma, or whatever you decide to call it, can be taught, acquired and defined.
Let’s start with the definition. Executive presence can be defined as a group of traits that when found together in the same person, add up to a feeling of confidence, leadership, allure and trust. Those with executive presence exude an outward calm and composure, yet with a palpable underlying energy that you immediately sense before you actually observe it. People who exhibit executive presence have an ability to draw others to them while remaining engaged, seemingly humble and unaware of their effect on others.
There are four areas where those with executive presence stand out:

These areas obviously overlap as looking the part fits into first impressions and appearance, while body language is part of both communication skills and behavior. It only emphasizes the fact that all four areas must work in tandem to be consistently sending the same message, which leads to the fifth and final component of executive presence: authenticity. As an authentic communicator you are both believable and trustworthy and although others may not always agree with your message, they can be sure that you have the passion and sincerity to deliver it. 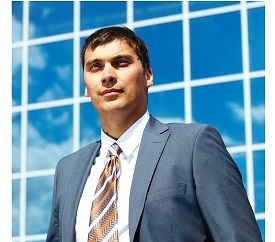 Myths of the New Decade